I am now on the second round of edits on Tilt, book two in The Flying Ponies trilogy. This second stage is what I refer to as my “highlighter” round. Each pertinent character and sometimes story line gets assigned a different color highlighter. As I go through the manuscript, I use those colors to mark characters. I do this so I can see how many times a character is in a scene or on a page, and to make sure they continue all the way through the book. If a certain color stops, I can make sure there’s a reason why that character or story line disappears.

This strategy works well for me, and I like flipping through all the pages of the manuscript and seeing the different colors. As a writer, it’s interesting to see which characters run the show. In Tilt, the Flying Ponies themselves are quite involved in the narrative. You will meet almost all of them in the second book; and hopefully, you will like at least some of them. Each of the 32 Flying Ponies are based on actual carousel horses – some of them are on working carousels around the United States, and others are to be found in museums. The model horse for Dreadful, for instance, is at the Frontier Museum at Cedar Point Amusement Park, in Ohio. In the middle of this month I will be visiting Cedar Point, and am excited about “meeting” the bay cavalry horse Dreadful is modeled after.

Using the different colors also appeals to me as a creative person. I love to color, and highlighting my characters is almost like coloring my novel. Who knows – maybe someday there will be a Flying Ponies coloring book! The one major story line that I assigned a color is the relationship between Black and Charlotte. I’ll admit – I think they are an adorable young couple, and I’m having fun watching their feelings for one another develop, especially since a certain older brother doesn’t like that.

I’m not quite halfway through the book with the colors; once that round of edits is done, I’ll let Tilt sit for a week or so and then go through it again, this time looking for anything that feels out-of-place. I’ve signed my book contract for it, and the book will probably go to my editor in the early winter, and then finally to my publisher. I expect Tilt to release around March-April of 2019.

If you’re a writer, the highlighter round might work for you, too – and it sure makes your manuscript pretty!

I have cover art!! So exciting! K. R. Conway, of Wicked Whale Press, is doing all the book design. There are beautiful illustrations inside Lift as well.

Lift will debut soon, in trade paperback and ebook form. Please check back for more information. 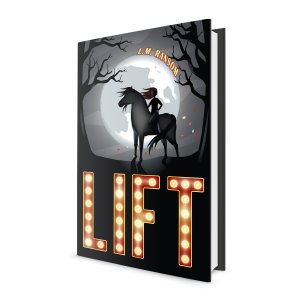 Lift is done with revisions! It has officially gone to the publisher to be formatted into both trade paperback and e-book forms! Thank you to my wonderful editor, Kat Szmit, of One Wicked Wordsmith – you rock!

K. R. Conway of Wicked Whale Publishing is working on the cover art and the book formatting now.

The Lift launch party is scheduled for Saturday, April 21, at the Book Nook & Java Shop in Montague, MI, from 4:30-6 pm.

I will be updating more the closer we get to actual publication – keep checking back!

So just a quick announcement: Lift has been completely edited, and emailed to my publisher. After she reads it, I may have to make some more edits, but even so – Lift has left the desk! It has been a huge undertaking.

Writing a book is largely a lonely endeavor. It’s just you, some notes, and a blinking cursor. Lift was started in August 2016 and completed in February 2017. It then sat for six or seven weeks before I began the initial edits. My husband, Ryan, was a huge help in the final editing round. He caught things that I hadn’t noticed.

Now Lift begins the next part of its journey. I am beyond excited to work with K. R. Conway of Wicked Whale Publishing, and to see where this writing venture takes me. 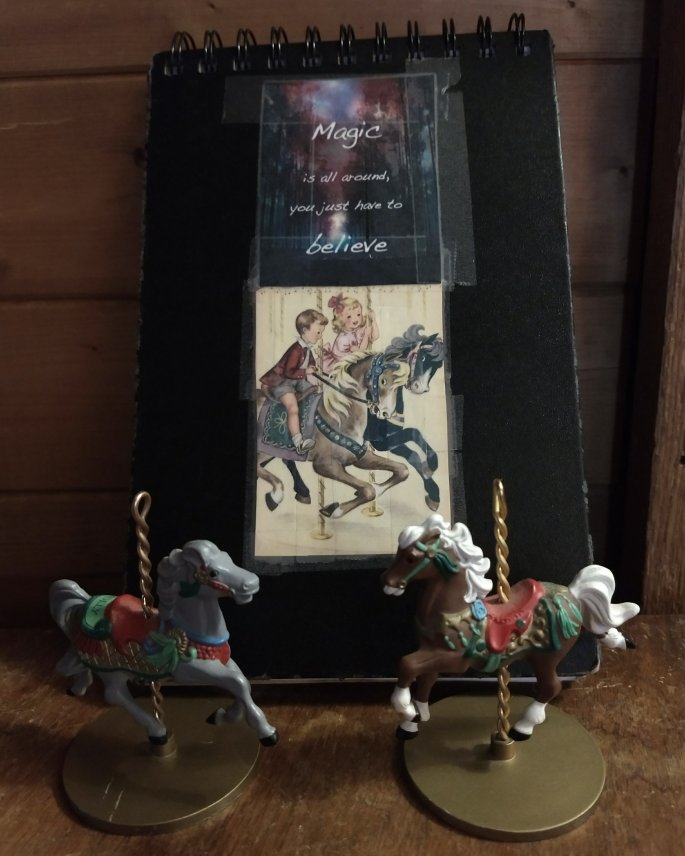 I found Ms. Conway through the website, Netgalley, when I was given an ARC of the first book in her series, Undertow. After devouring the YA fantasy in a few days, I put my review on Goodreads and also sent her a message, telling her how much I had enjoyed it.

This began a back and forth conversation that has continued, on and off, for around three years. After finishing Lift, I chose to publish independently. Ms. Conway’s small press, Wicked Whale, puts out wonderful books, and I decided to publish Lift with her.

Signing this first contract was surreal. I honestly wasn’t sure I would get this far. But thanks to very supportive family and friends, it happened. I am hoping Lift will be available by mid-winter.

I look forward to sharing my first YA fantasy novel with the world. The prequel to Lift, entitled Whirl, is available for free here, under The Flying Ponies page.

I hope every one of you has a blessed weekend. 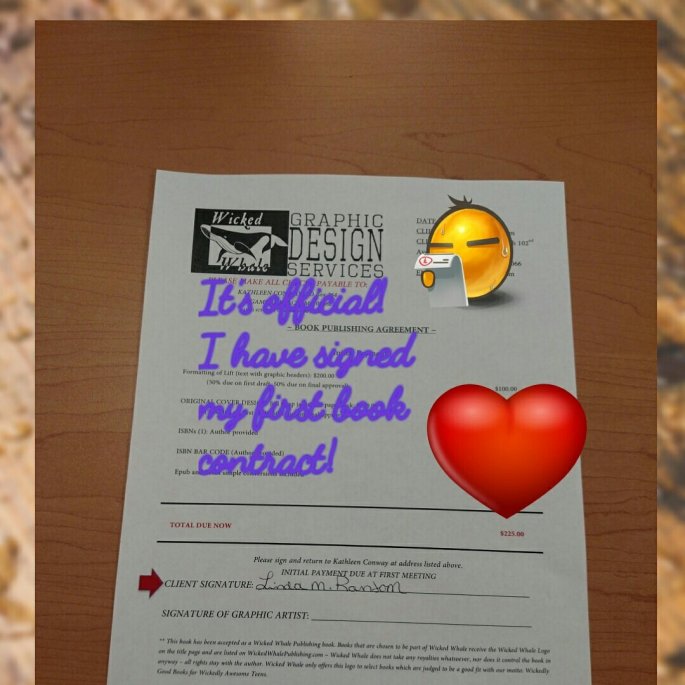